Richard Averitt is a professor at UC San Diego in the Department of Physics. Richard primarily works in the areas of correlated electron materials, and metamaterials. His research utilizes ultrafast pump-probe spectroscopy spanning the electromagnetic spectrum. Richard is a former UCSD undergraduate (BS in Electrical Engineering) who went to graduate school at Rice University, receiving his PhD in Applied Physics in 1998. Following his PhD, Richard was at Los Alamos National Laboratory where he was a Director’s Postdoctoral Fellow, subsequently becoming a permanent technical staff member. He accepted a faculty position in physics at Boston University (BU) in 2006. While at BU, Richard was active in teaching the introductory course sequence for physics majors. At UC San Diego, he will teach an upper division laboratory-based course in experimental condensed matter physics that will extensively utilize Quantum Design’s VersaLab, emphasizing materials characterization and discovery. 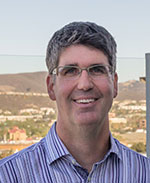 Neil Dilley is a research scientist at the spintronics user facility at the Birck Nanotechnology Center of Purdue University. He has a B.S. in physics from Purdue University and a Ph.D. in experimental condensed matter physics from UC San Diego. Neil worked at Quantum Design from 1999 until 2016, first in the new product development group where he worked on projects such as Thermal Transport and Vibrating Sample Magnetometer, then later moving into the applications group. He has trained and collaborated with Quantum Design customers around the world. This work inspired him to promote experimental physics education through the QD Education website. 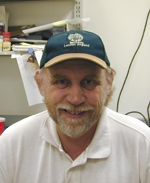 James C. Eckert is a professor of physics at Harvey Mudd College. He received his B.S. in 1974 and his Ph.D. in 1980, both from the University of Southern California. He joined the faculty at Harvey Mudd in 1980. His research efforts are in the area of magnetism and have focused on magnetic exchange bias in multilayer systems with extremely thin antiferromagnetic layers, probing the onset of exchange bias. Professor Eckert is one of the founders of the Harvey Mudd College Magnetism Group, with over $2M in state of the art sample preparation and diagnostic equipment in use by undergraduates. In the past 5 years, he has published 16 papers with undergraduate research students appearing as coauthors a total of 43 times. His students routinely present their work at major national and international conferences. His former research students include two APS LeRoy Apker Award winners and three finalists. Professor Eckert is a member of the American Physical Society, the American Association of Physics Teachers, and the IEEE Magnetics Society. He currently serves on the APS Committee on Education, the AAPT Committee on Physics in Undergraduate Education, and the steering committee of the Conference on Magnetism and Magnetic Materials. 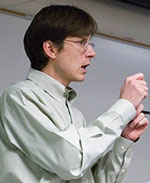 Edward Price is an Associate Professor in Physics at California State University San Marcos. He has a B.S. in physics from Brown University, and in 2001 he received a Ph.D. in physics from UCSD for work in magnetism. Prior to joining CSUSM, he was a UCSD Faculty Fellow and a postdoctoral researcher at San Diego State University's Center for Research in Mathematics and Science Education. His current research is in physics education, with a focus on the impact of technology on the classroom environment.